The series' first chapter is named "Sara the spirit of maize"
Shortlisted at the Lucie Foundation Emerging Artist Scholarship August 2018
http://www.luciefoundation.org/2018-emerging-scholarships/
Qutiy is a photo series about the Native American corn, known as maize, and its connection with the indigenous elders’ identity of Mexico and Peru.
“We come from maize. We are maize, because it is what we eat…”, said a Zapoteca elder from Mexico, while looking at his hands.
By looking at the native maize, one can better understand the world of indigenous peoples, their connection with Nature, and their identity. Over the course of 8700 years indigenous elders have developed a specific use and symbolic value for each maize species, size, and color. Amazingly, this connection with the maize has survived through the era of Spanish conquest and the following influence of the Catholicism. Nevertheless, today this connection is close to being forgotten. The symbolism of the maize and the connection with Nature is no longer being passed on to the younger generation, principally due to industrialization, the use of genetically modified seeds (GMS) and single-crop farming. In Peru the uncontrolled usage of pesticides are increasing and in Mexico 90% of the flour in tortillas come from GMS. Another problem is that the land is being abandoned by the children of the farmers. Just in the last six years, many varieties of native maize have disappeared.
Qutiy in Quechua, the native Andean language, is a call, a whisper that says: return. We need to return to understand our connection with Nature and the importance of the native seeds. By creating awareness and showing the importance of native corn we can empower indigenous peoples to maintain their identity and spirituality and to halt the disappearance of native seeds. 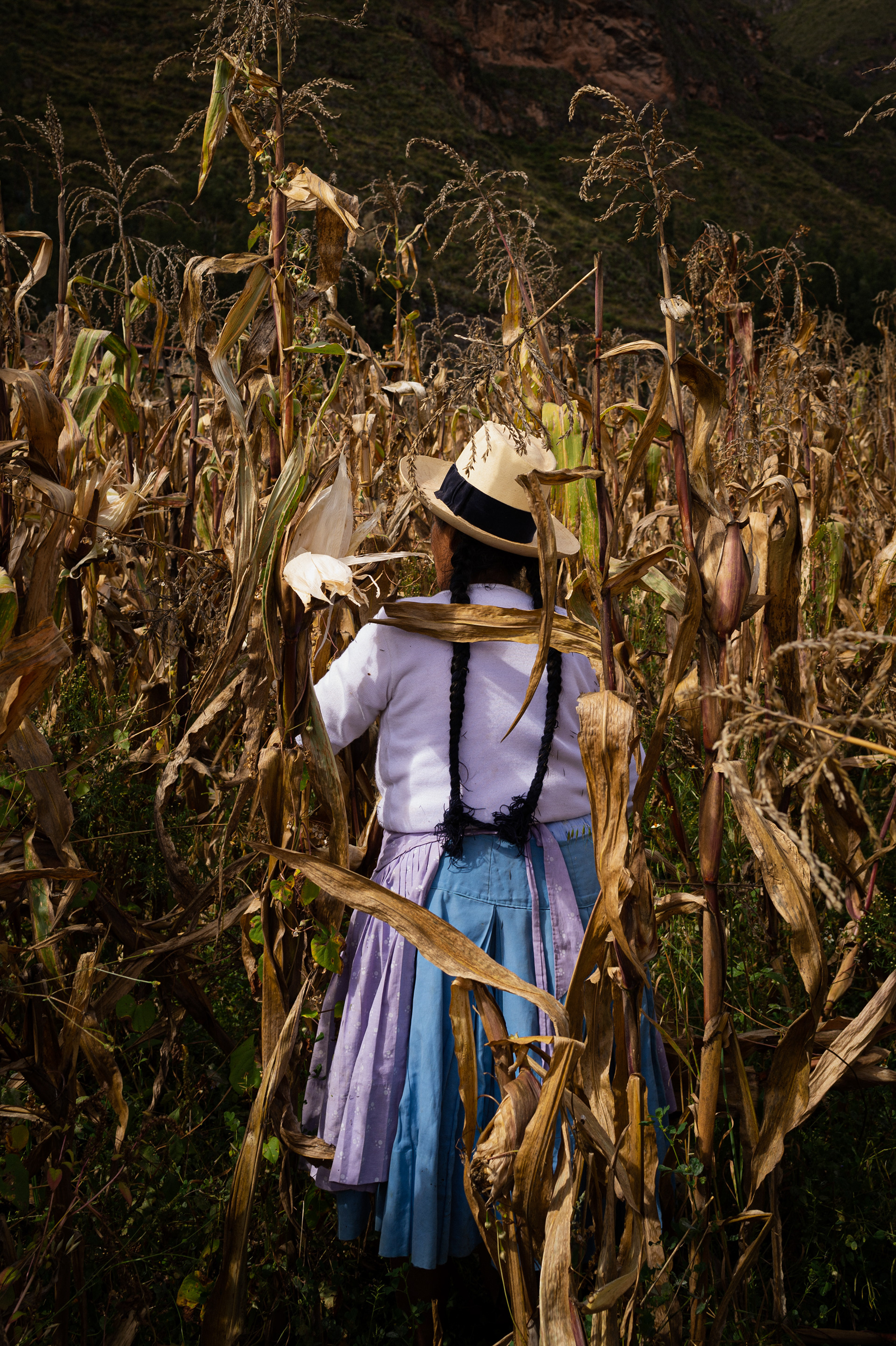 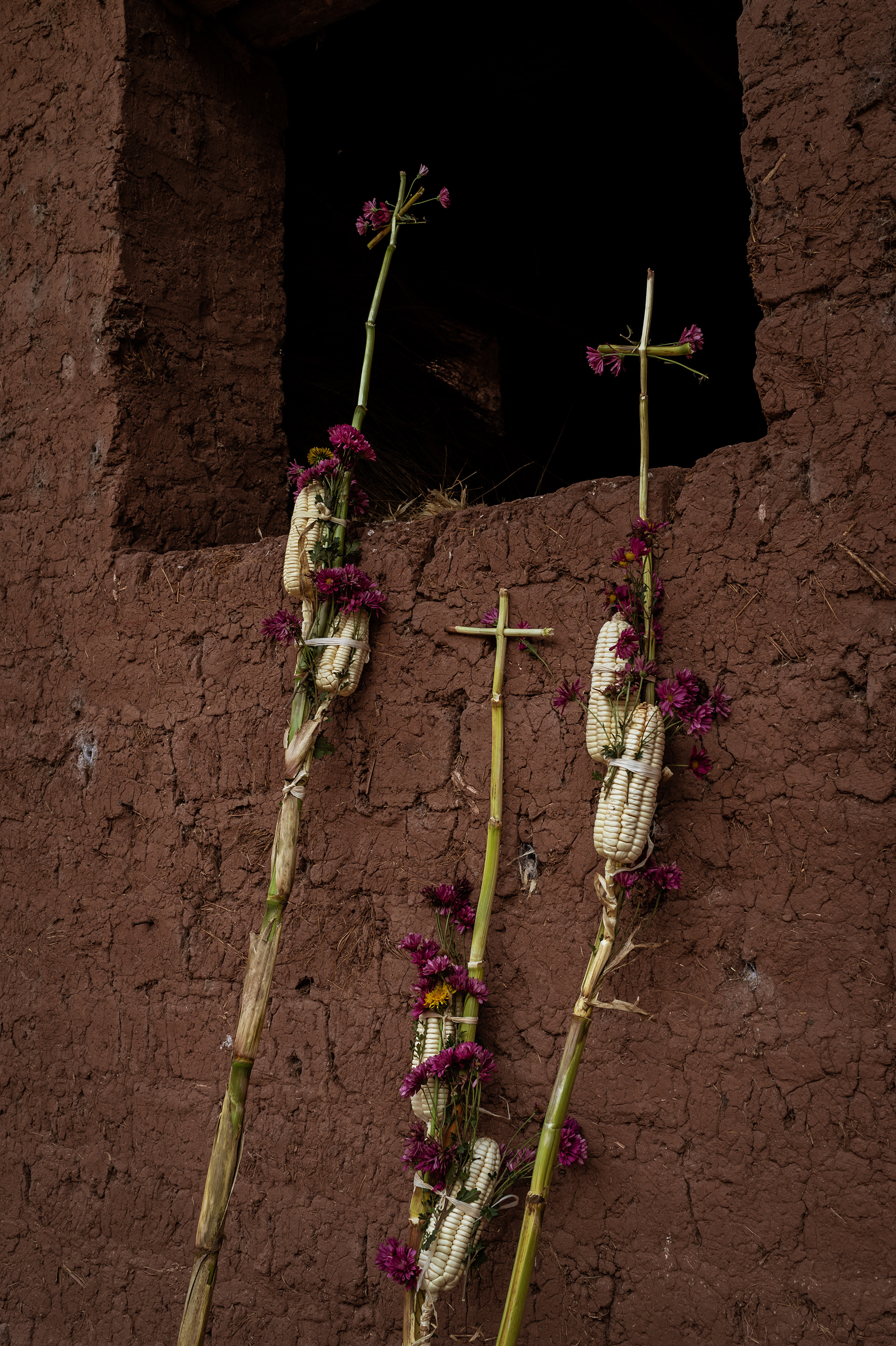 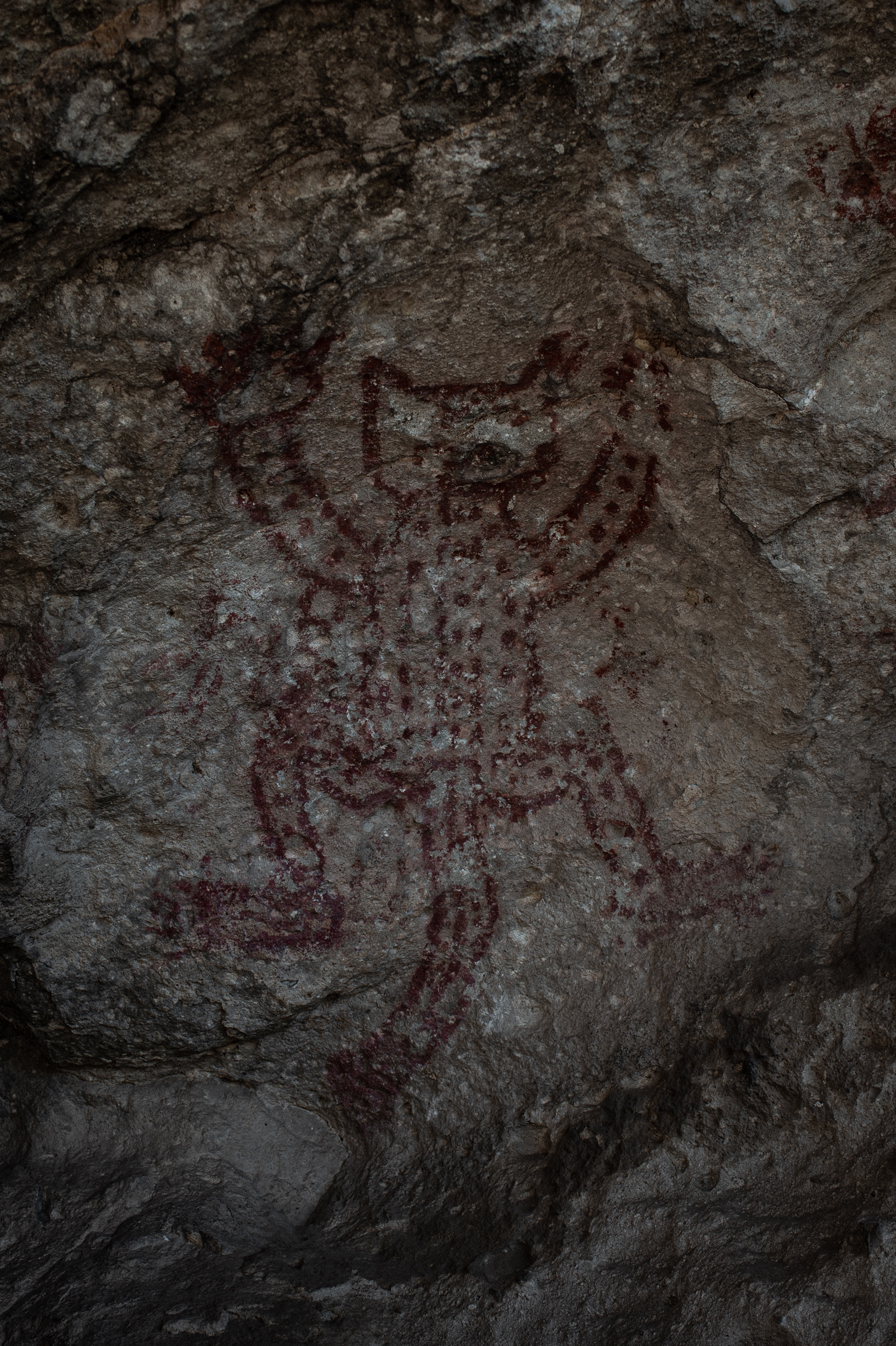 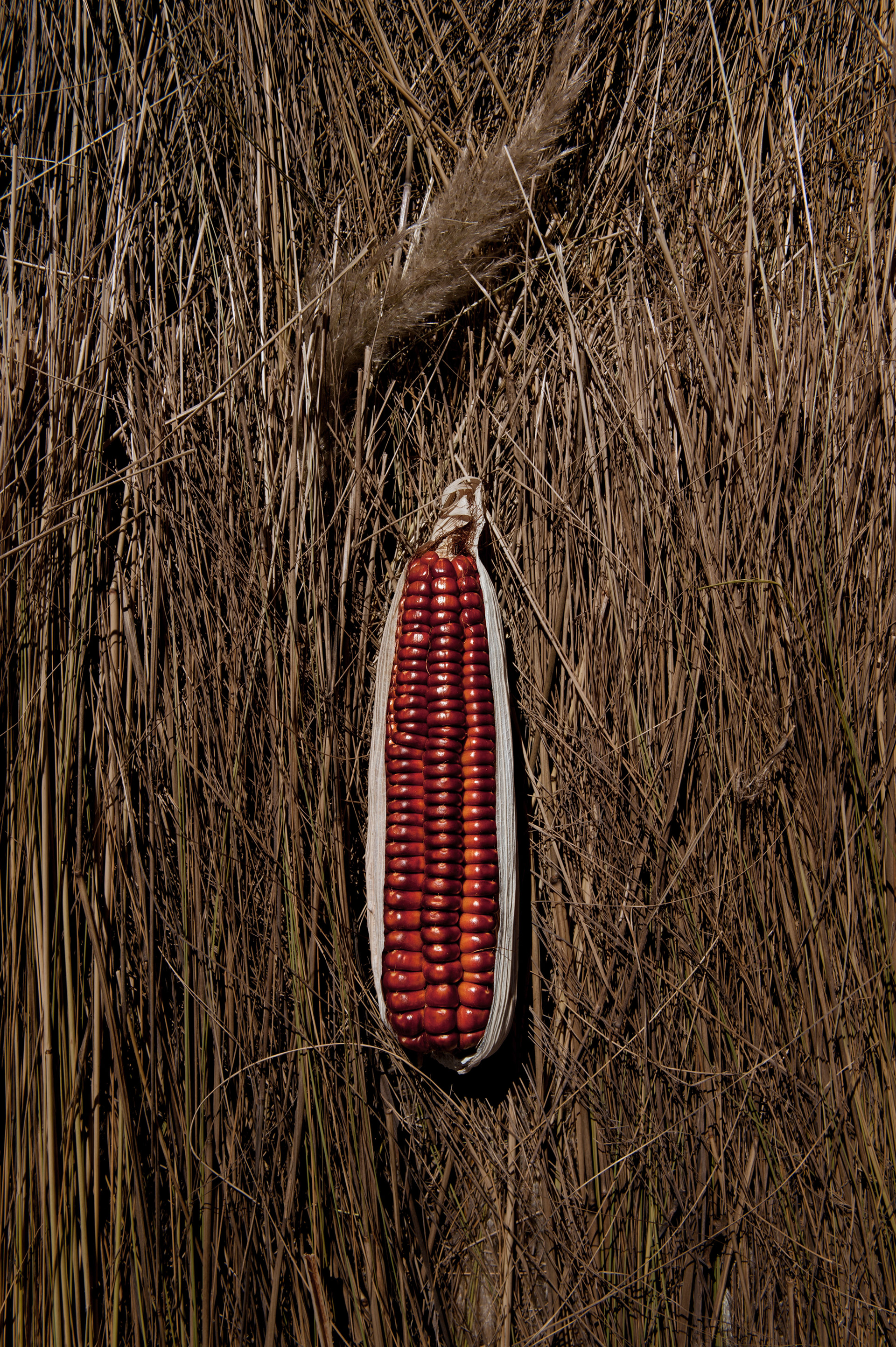 Sara Raymi
La Fiesta del Maíz
Huayabamba, Valle Sagrado, Cusco -Peru 08/03/2019
The ancients say that with dancing you call the Earth. That's why in Peru they hit the ground with their feet.
On March 8, dancers from different communities of the Valley arrived in Huayabamba to reencounter each other and make offerings to the maize. Just like the Earth, corn has the spirit of a woman, that is why it is called "Sara".
The celebration of the maize or Sara Raymi took place on the eve of the harvest to be thankful and to reorient the world. With the first dance, the rain fell: the harvest is announced as good.
The farmers presented their "choc'llos" or corn, tender ears that were harvested for the occasion, a contest of the biggest corn. This competition keeps alive the tradition of improving corn year after year. Ears of forty-two grains and each grain 2cm in diameter were recorded. It is also known as Andean giant corn.
In each dance, the gestures of the corn crop were revived, as well as its offering with the drink of fermented grains: the chicha. It revealed that deep bond that each community has been able to keep preciously. But above all the strength that keeps the maize seeds alive.
--- 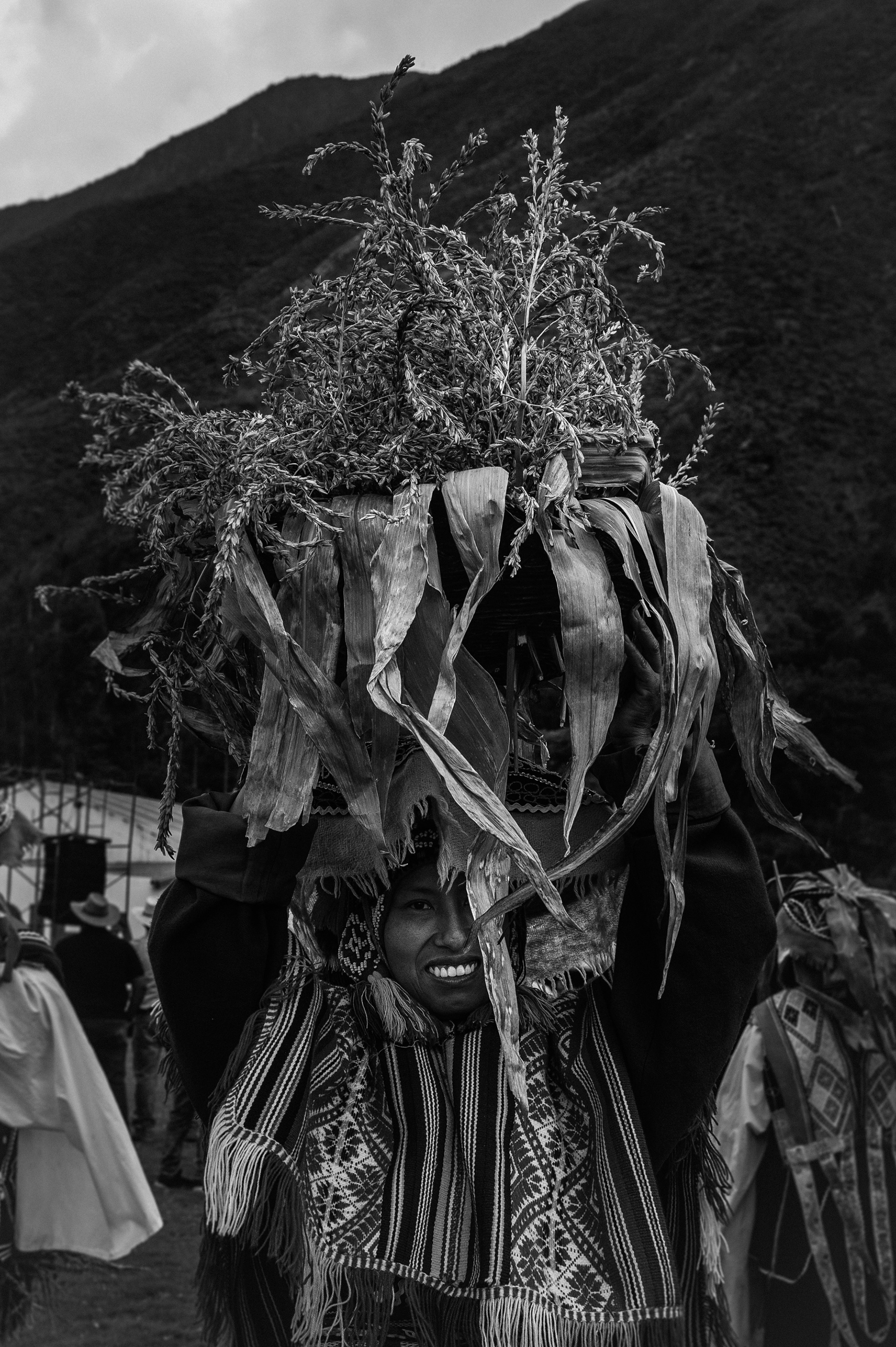 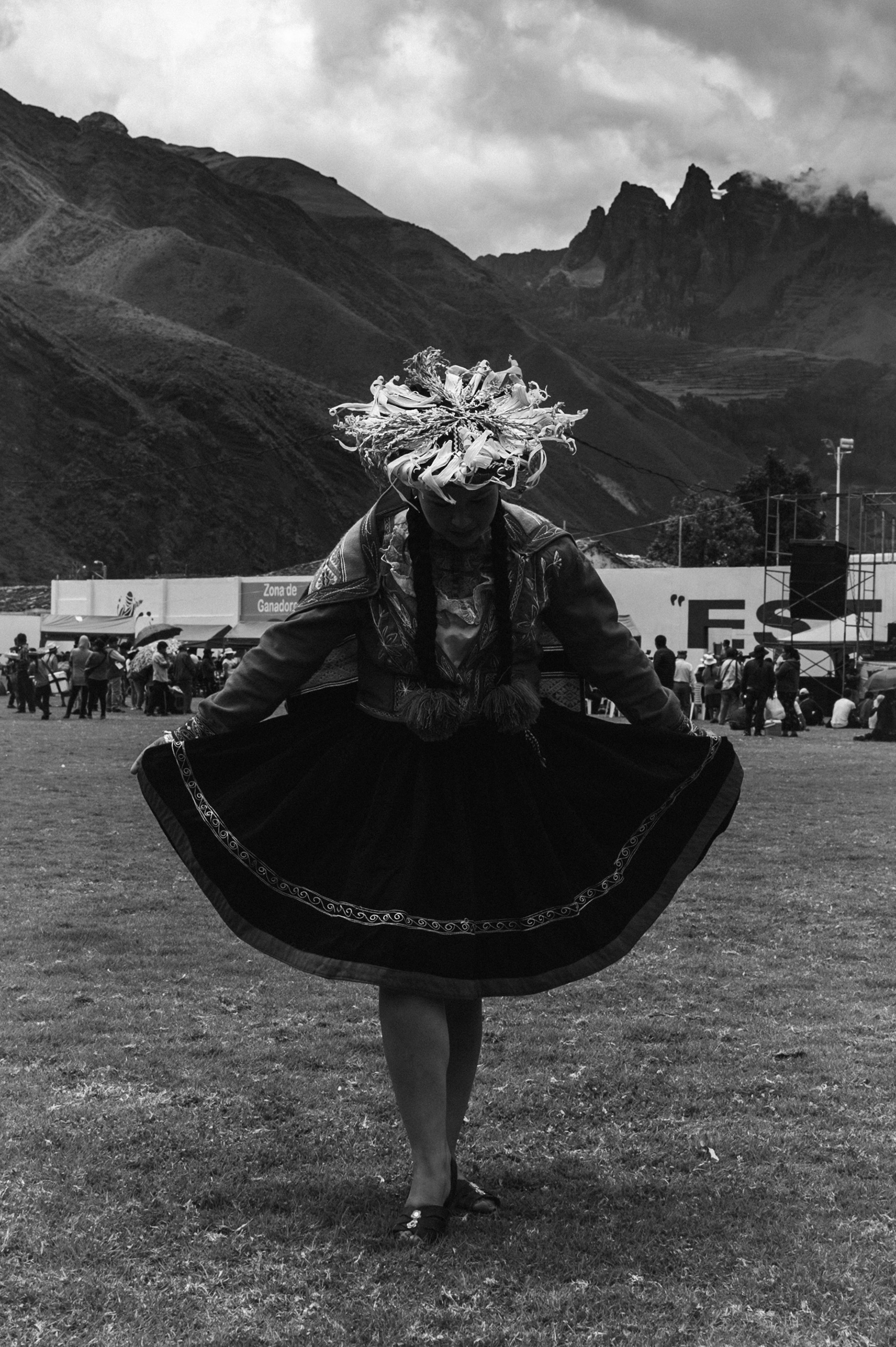 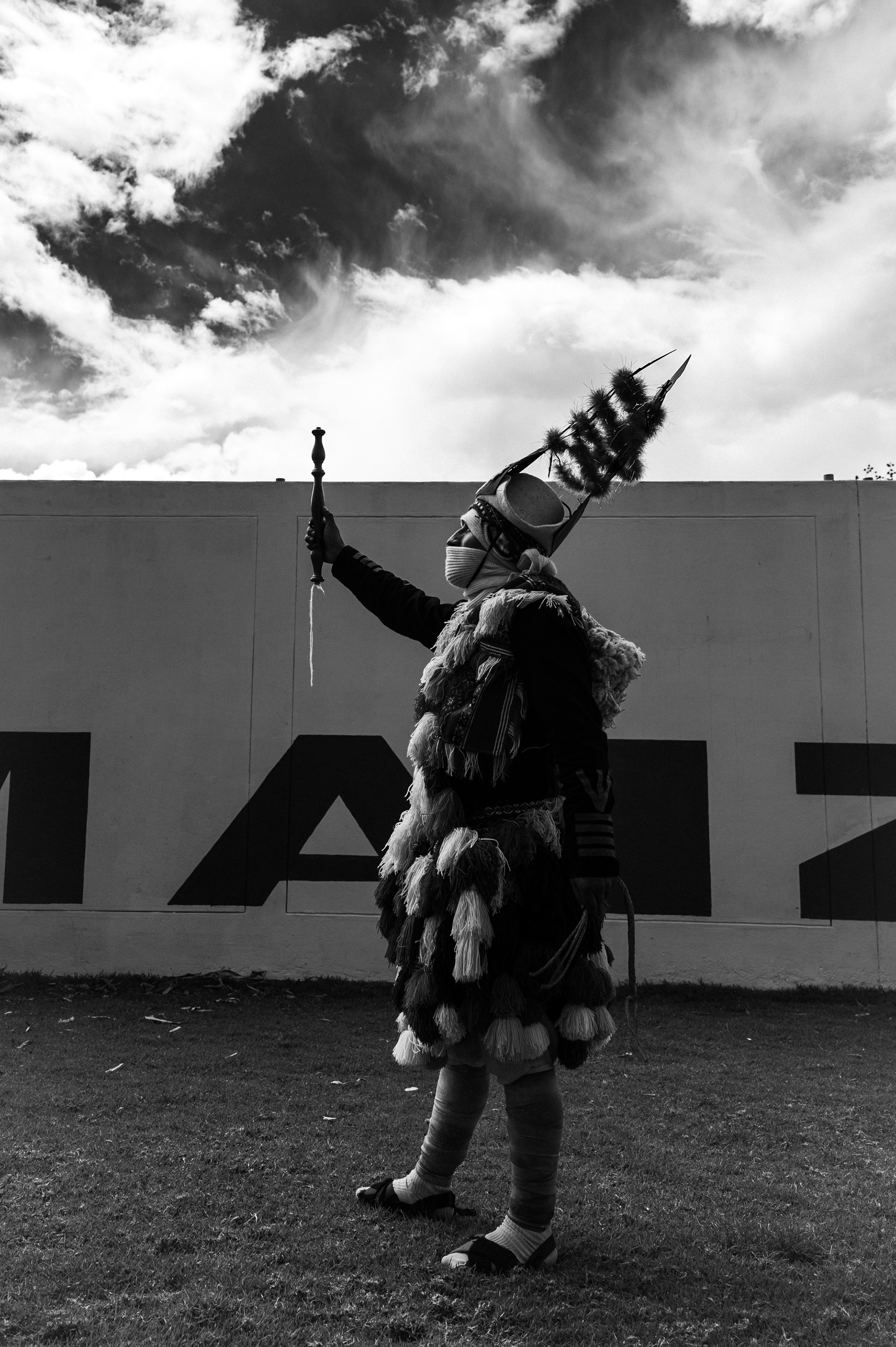 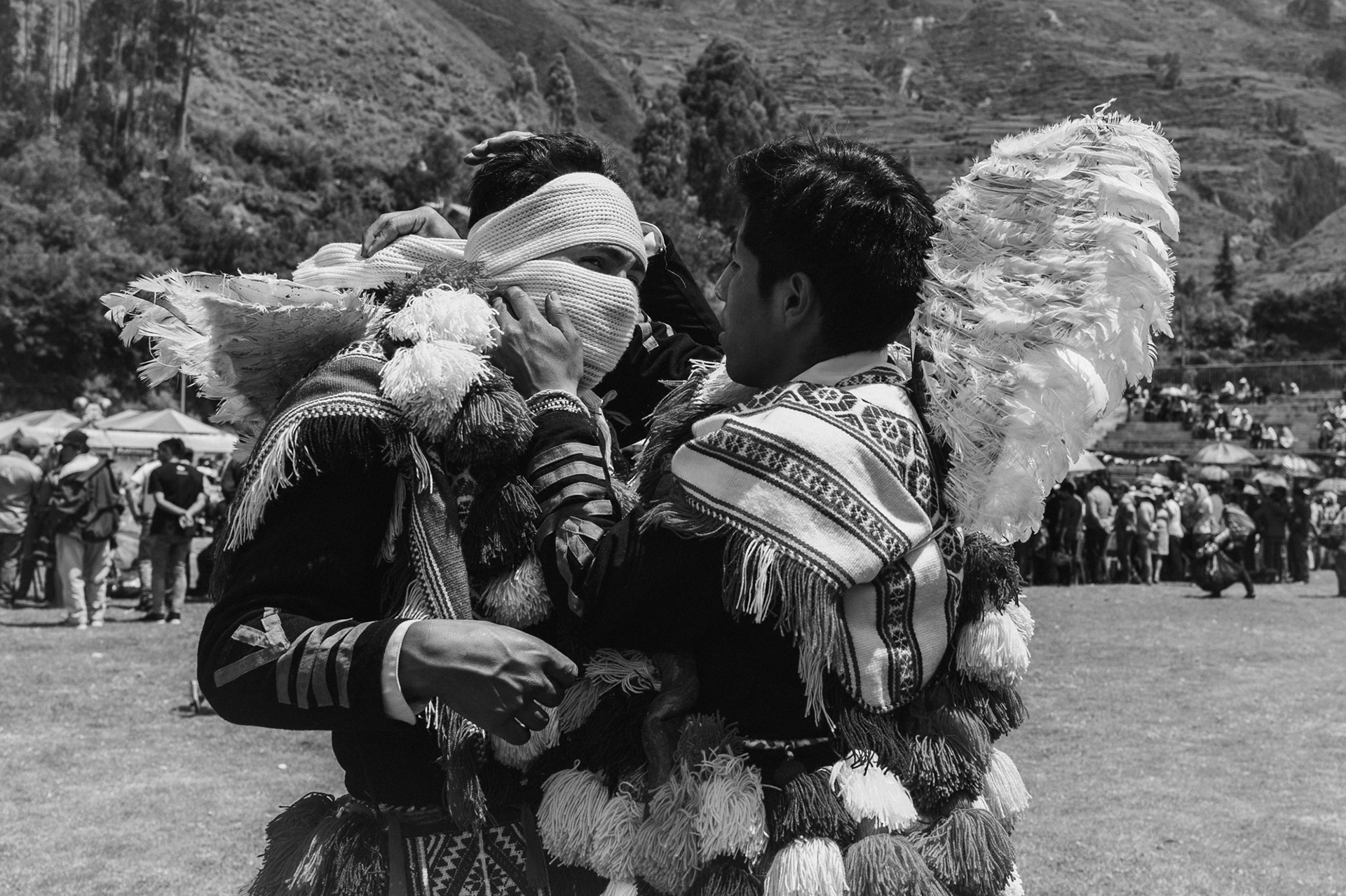 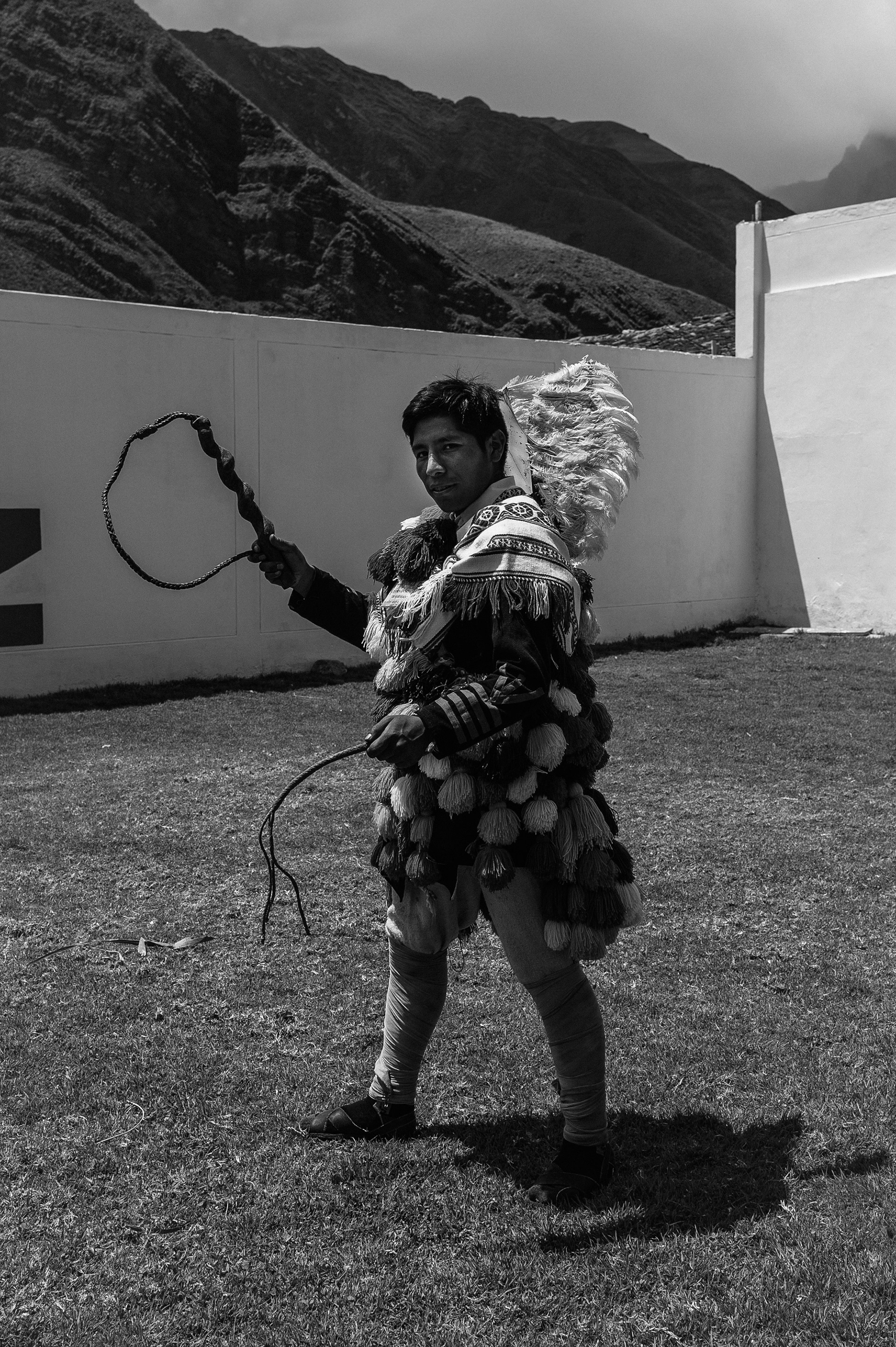 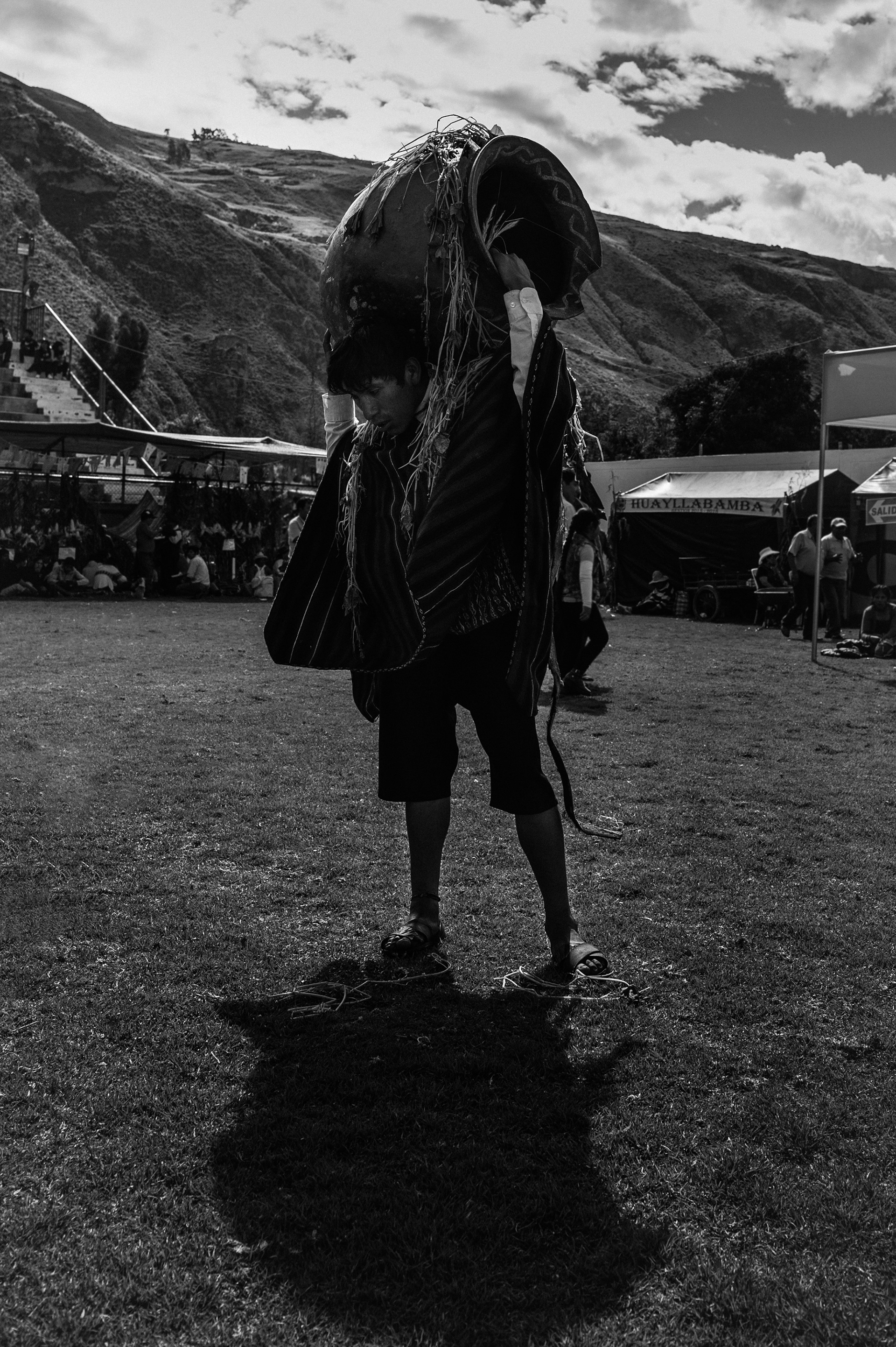