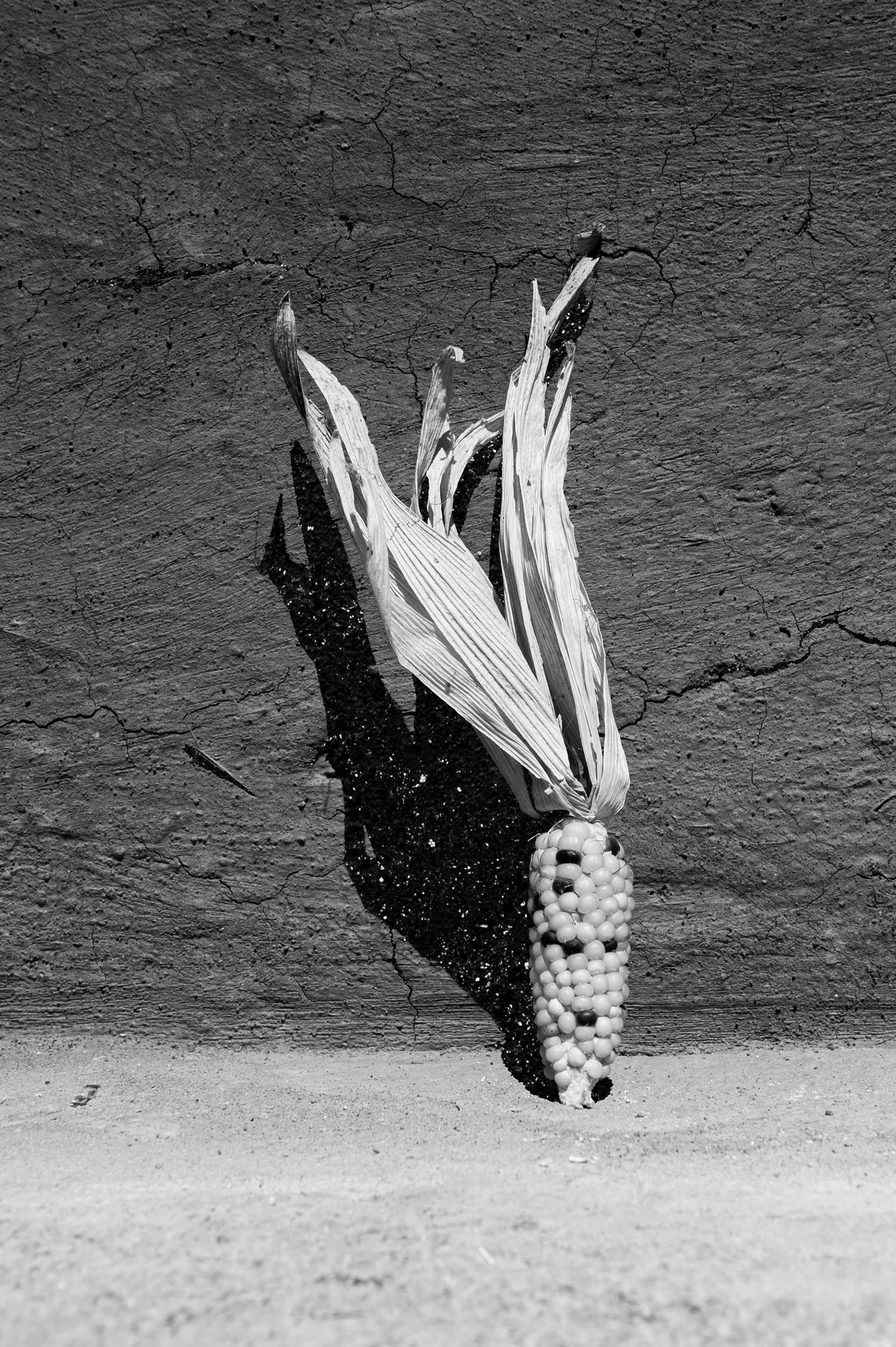 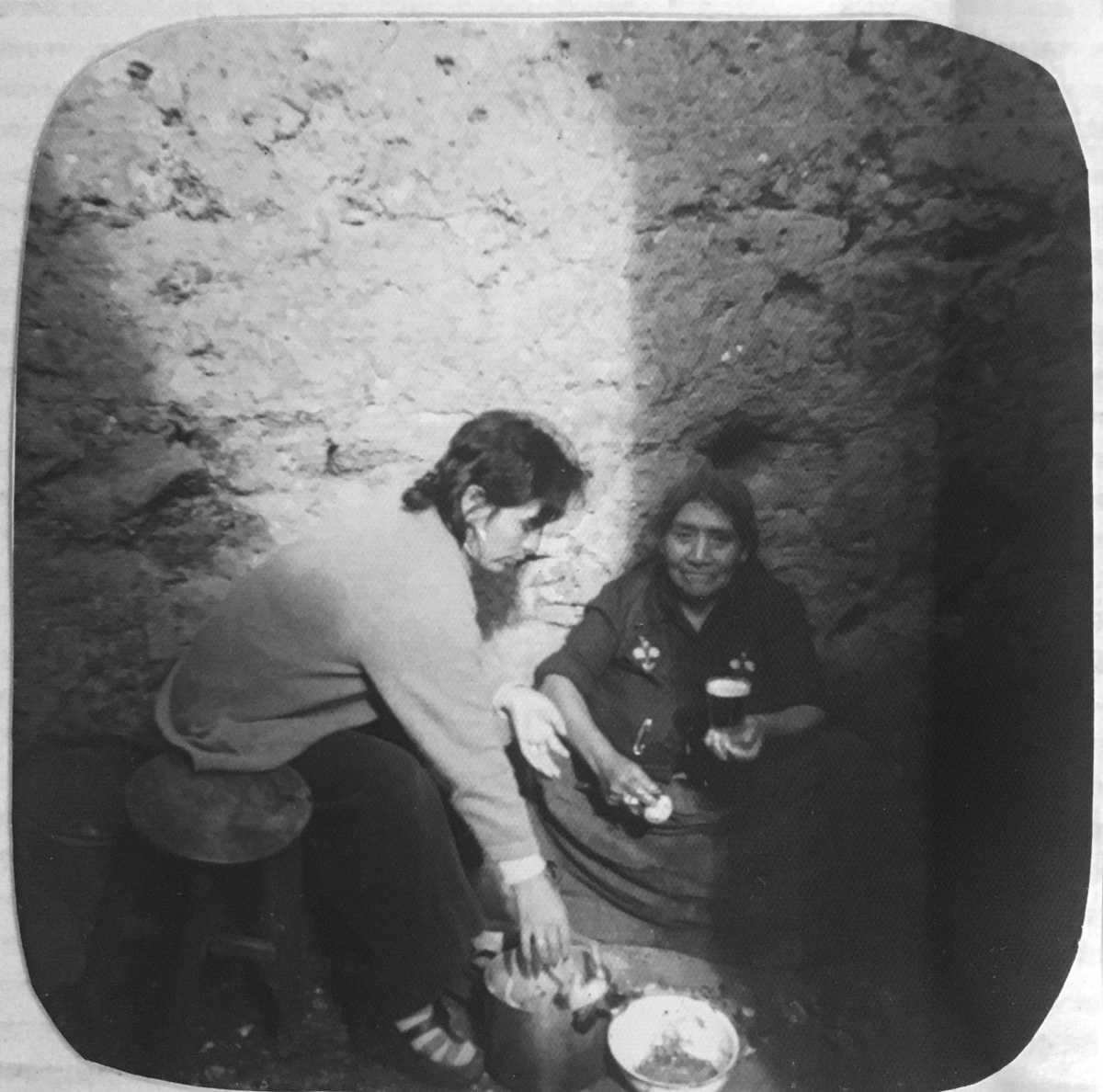 Qutiy is a photographic and audio project focused on documenting, recording, and valuing the rites to Native American corn practiced by rural farmers in Peru and Mexico. In both countries, knowing how to grow corn has a cultural and scientific basis that over 8700 years has allowed them to create more than 50 native varieties.

Qutiy, is a Quechua word that means to return. And it is the name of a variety of native corn with healing properties. This knowledge has been transmitted since ancient times and today is linked to the preservation of the rarest cobs. But in today's world of industrialized lands and transgenic seeds, farmers no longer pass on to their children the knowledge of how to grow native varieties. As a result, many native species and their properties are in danger of extinction.

For this reason it is important to register and make visible the peasants and their rites that accompany the growth of corn. In order to transmit, raise awareness and help preserve native corn in the face of globalization. It is necessary to create an environment that calls for reflection on the cultural value of maize in order to make it visible and give a voice. From this documentary, a photo book will be published that will serve as a visual memory on the rites and uses of rare species of corn in Mexico and Peru.

Peru 2019
The ancients say that with dancing you call the Earth. That's why in Peru they hit the ground with their feet.

Peru 2020
At the beginning of the season of the "Choc'llo" or tender corn, the Quechua natives prepare a celebration where they decorate each others hats with the corn cane flower. 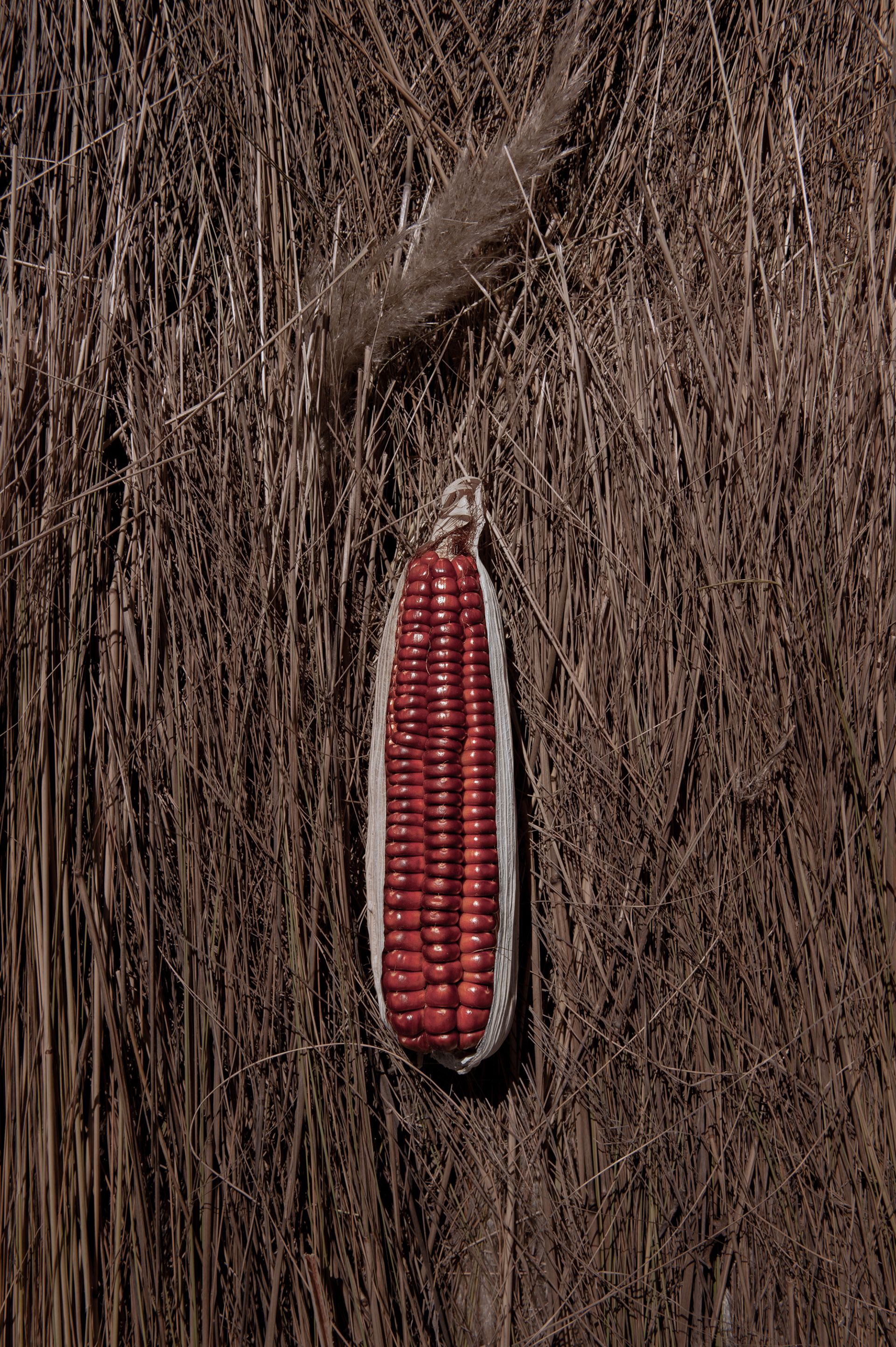 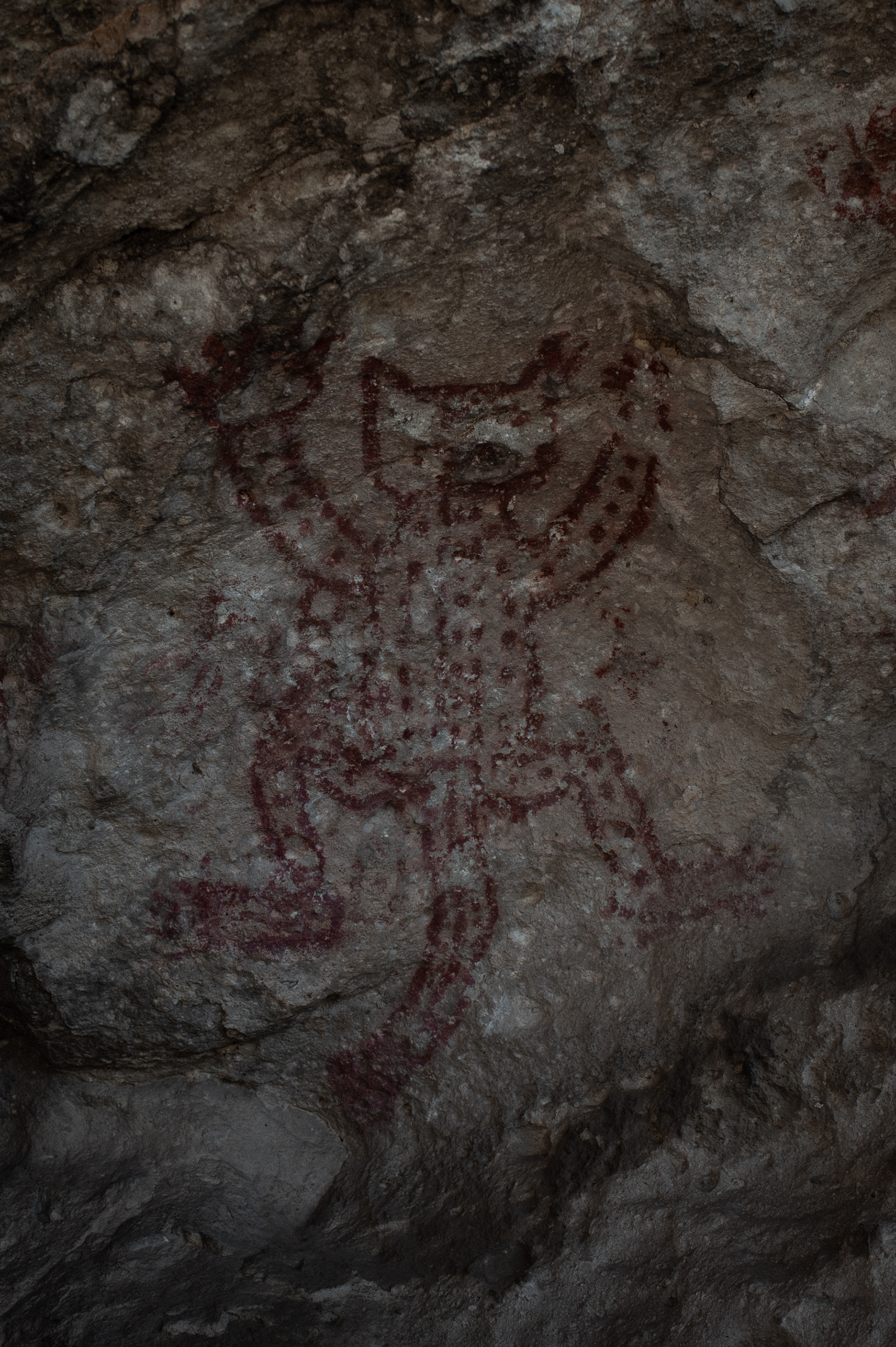 Peru 2018
Chaminco Sara, a red corn from the region of Cusco that will be offered to the mountains.
Mexico 2018
A jaguar shaped like a corn cob in the cave of Guilá Naquitz in Oaxaca, Mexico. In this place were found the remains of the oldest corn in the region, dated more than 6,300 years ago. 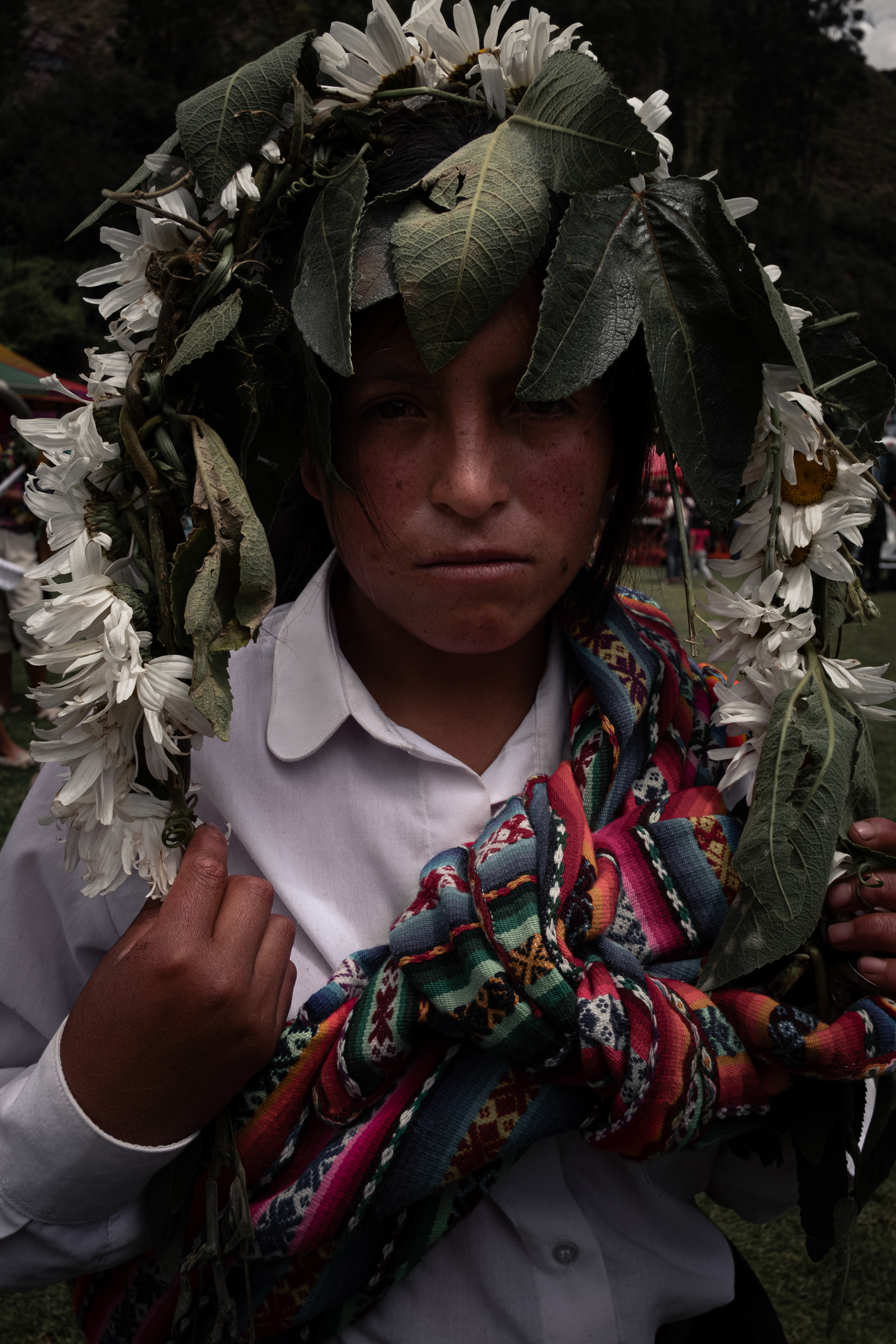 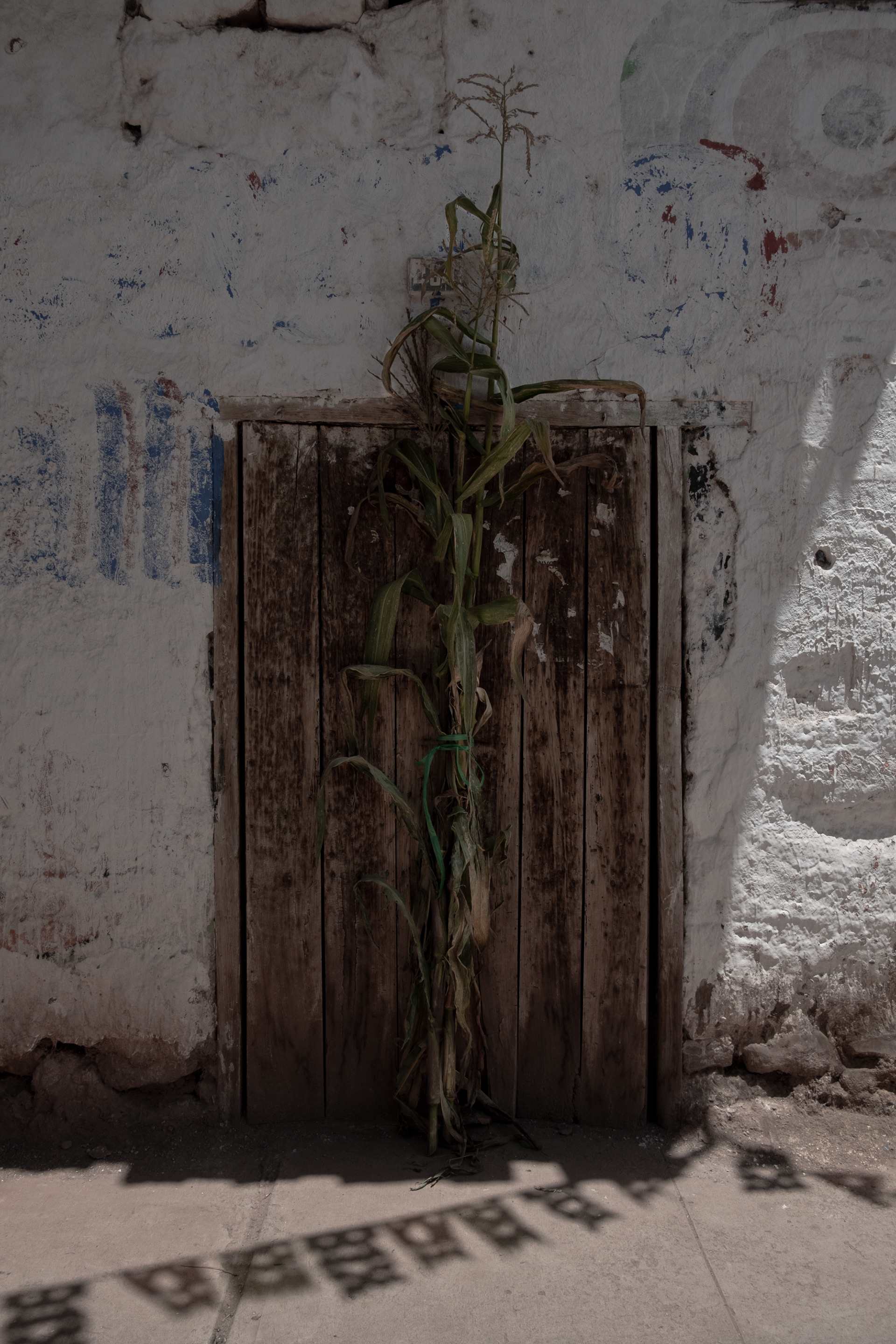 Peru 2020
On March 8, dancers from different communities of the Valley arrived in Huayllabamba to meet each other and make offerings to the maize. Just like the Earth, corn has the spirit of a woman, that is why it is called "Sara".

Mexico 2018
A Zapotec farmer ties the ears of corn in pairs to later hang them inside his house for drying.

Peru 2018
In many indigenous communities, they make offerings to the mountains with songs and prayers in gratitude for the good harvest. 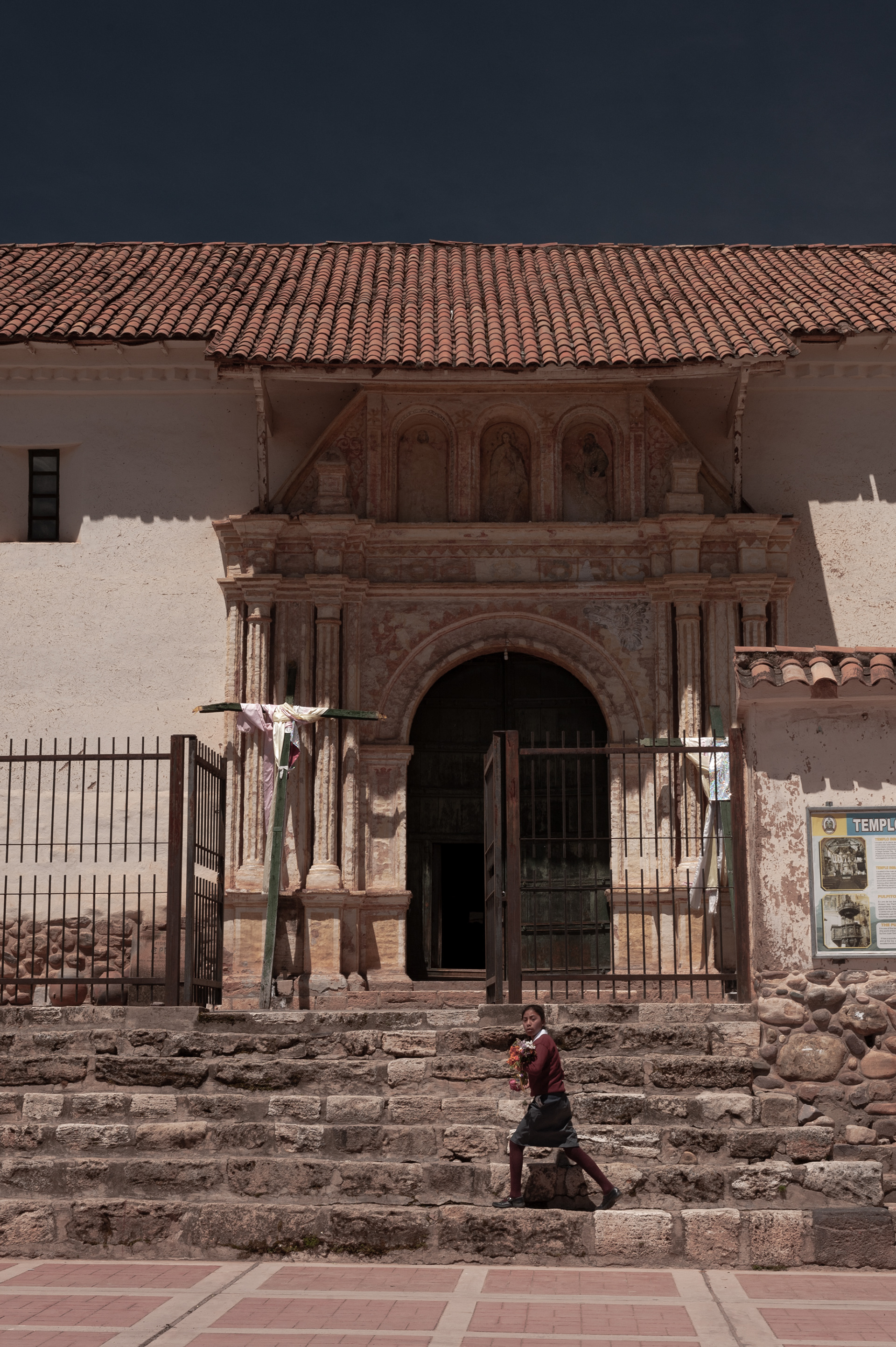 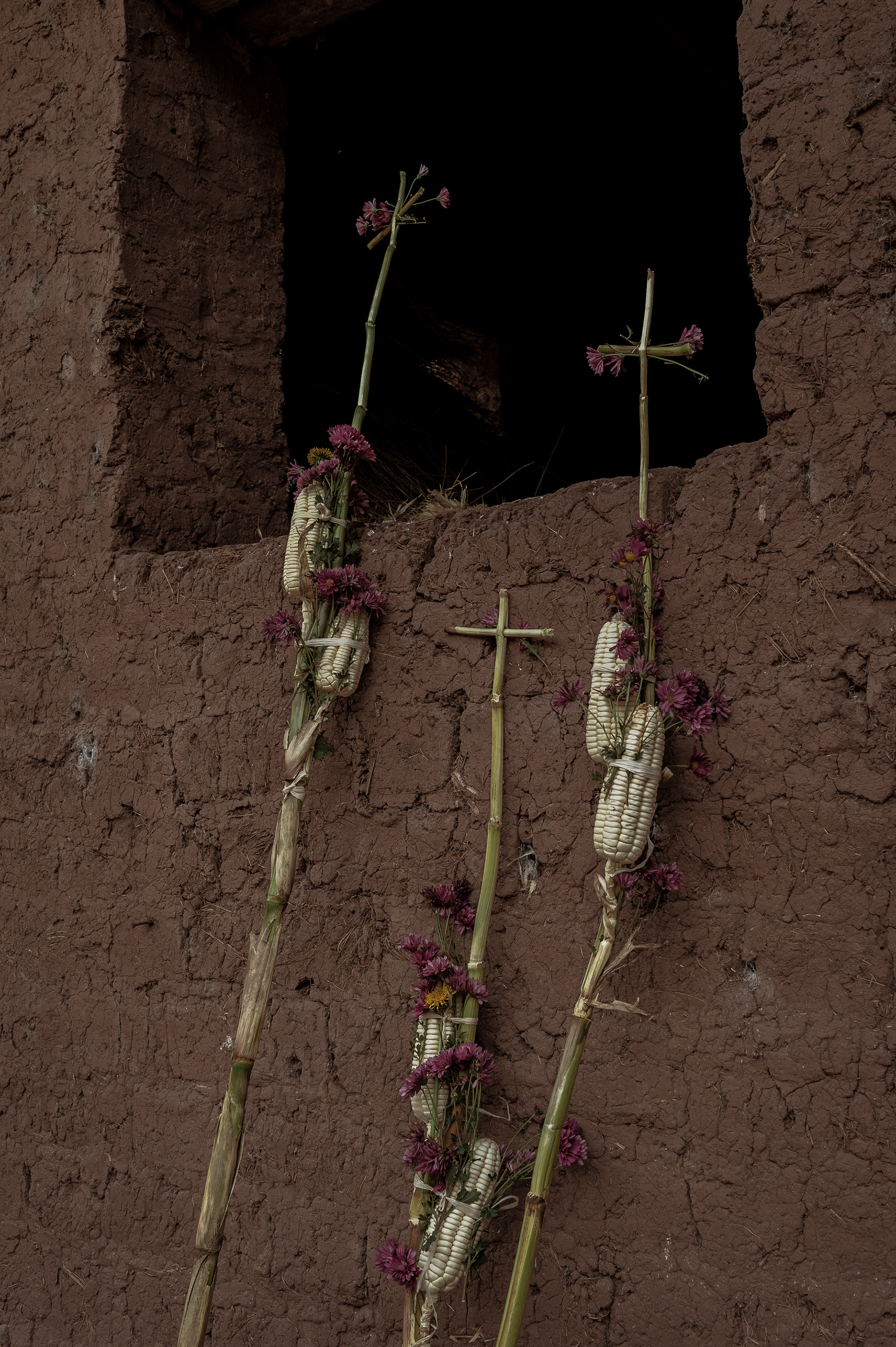 Peru 2019
On May 3, The Three Crosses are celebrated. At this time the drying of the corn begins in all the Sacred Valley in Cusco, Peru. Many say that the paste of the corn cane was also used to mold ornaments for the temples.
2020 Granted by National Geographic Society
2018 Shortlisted at the Lucie Foundation Emerging Artist Scholarship