Moraya is the name of a native Andean potato frozen at over 3,800 meters above sea level by Quechua indigenous women. This potato is obtained through a freezing process that farmers have inherited for 8,000 years according to the CIP (International Potato Center) and that allows them to preserve the tubers for up to twenty years. These women follow the southern hemisphere calendar, when the snow falls between June and August is when the potatoes can be frozen. However, the snowfall has been delaying year after year, causing much uncertainty and concern, forcing them to change their traditional calculations with the danger of ruining the tubers.
The climate of the high Andean mountains presents a strong difference of temperatures, during the day with an intense solar radiation and then facing temperatures of -10ºC. The farmers carefully select the small tubers and arrange them on the dry land. At nightfall, they protect the potatoes under the water coming from the snow, waiting for them to freeze. After twenty days, they rearrange them on the ground to crush them with their feet as if dancing. Then, they let the tubers dehydrate under the heat of the sun.
The whole aesthetic and the gesture of the Moraya process is very particular and it is linked to the presence of the Southern Cross, to the snowy mountains and even more important, to the Quechua woman. They are in charge of selecting, spreading, ordering, caring for and cleaning the tubers with their feet and hands in order to obtain a white Moraya, preserving this order for hundreds of years and adapting it to the climate change.
Incuyo community, Ayacucho
Peru 2018
A Quechua farmer starts the Moraya procedure by crushing the tubers with her feet.
The winter season begins at Incuyo, located on the plateau of Parinacochas between 3,500 and 4,000 meters above the sea level, in the department of Ayacucho. 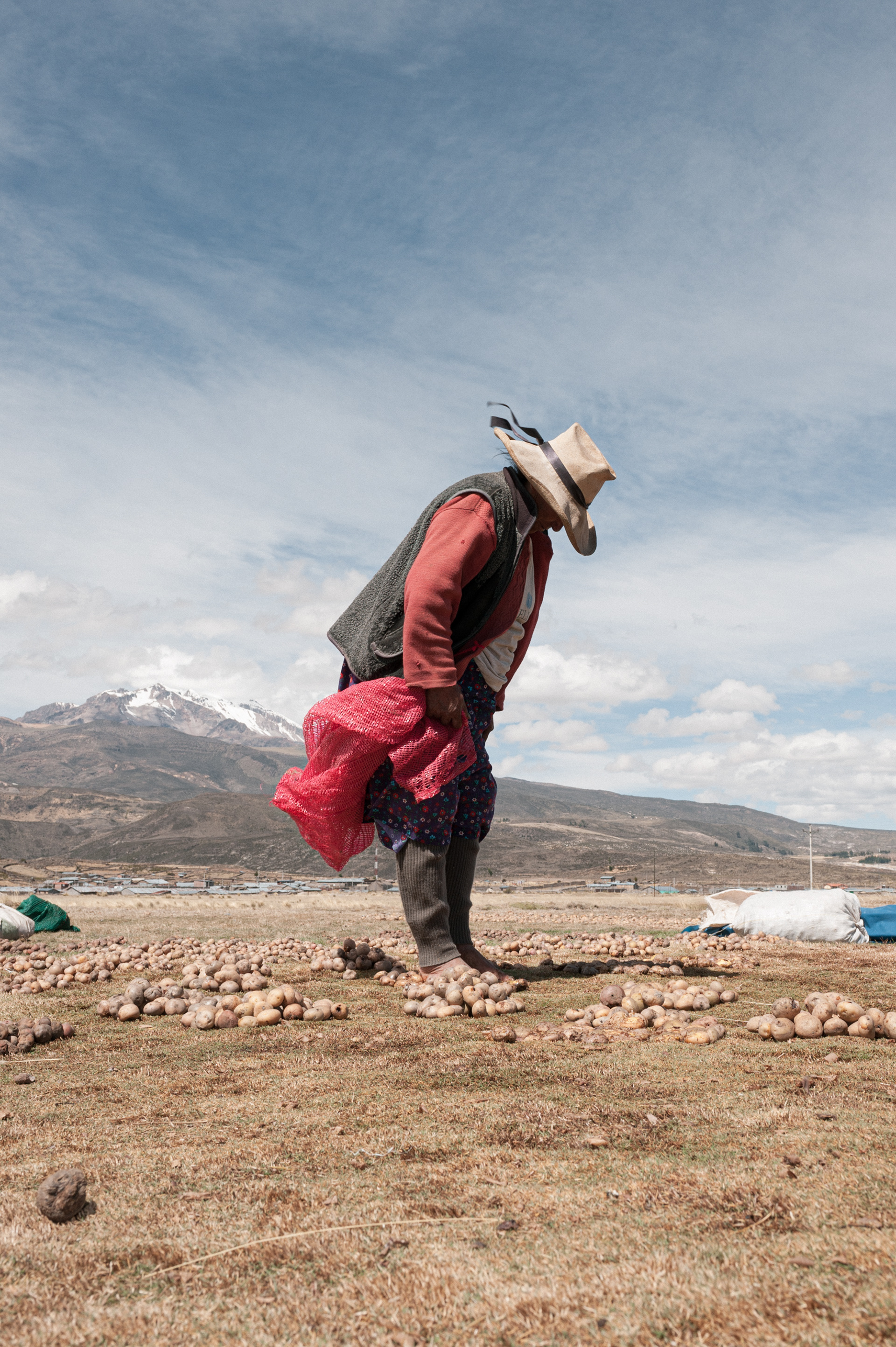 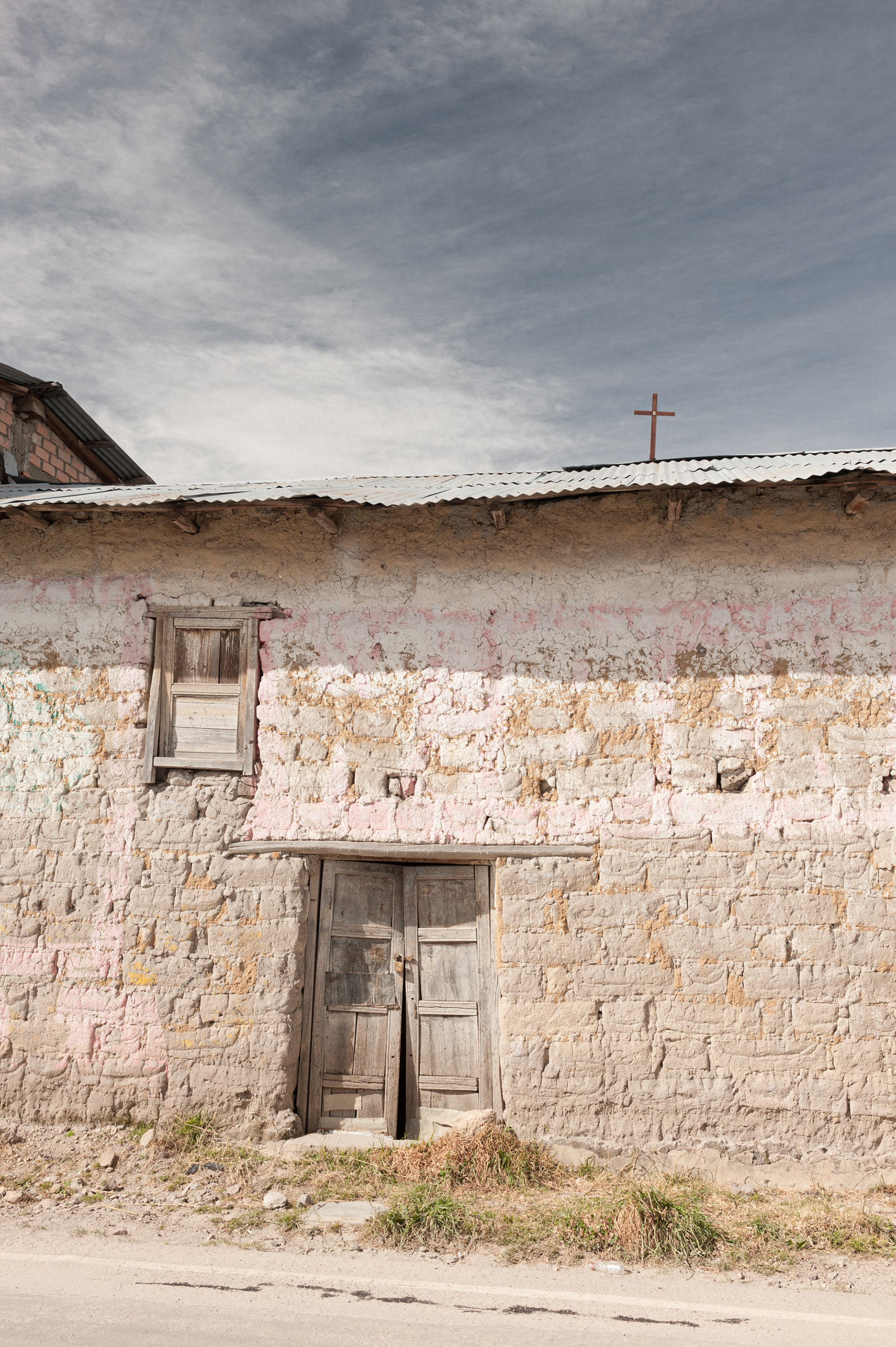 The waters of the Sara-Sara Volcano in Ayacucho will freeze the tubers for twenty days. Although less snow is recorded each year, women farmers are trying to adapt their calendar to climate change.
Hundreds of tubers are arranged geometrically on the ground, to be radiated to the sun. 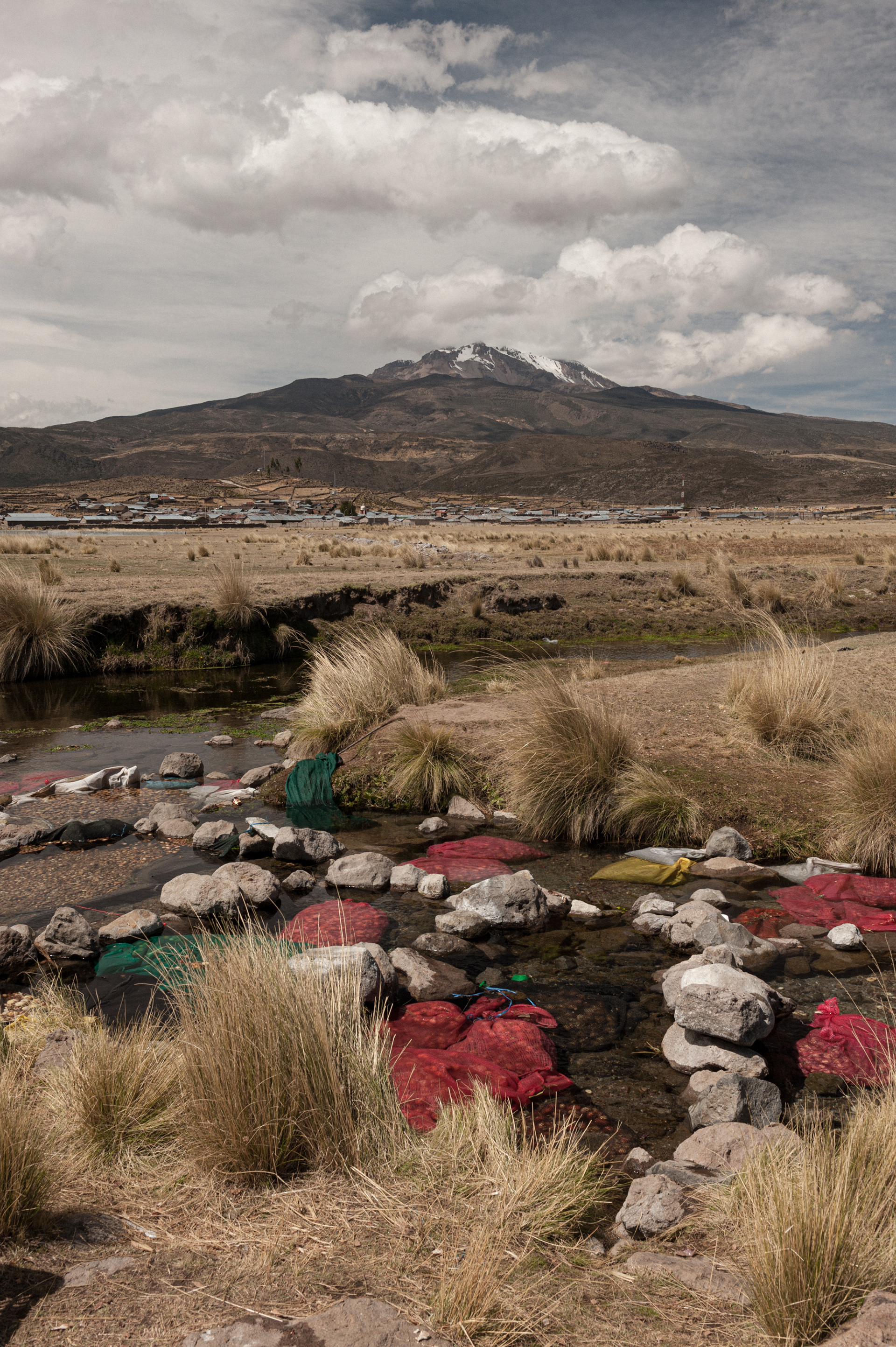 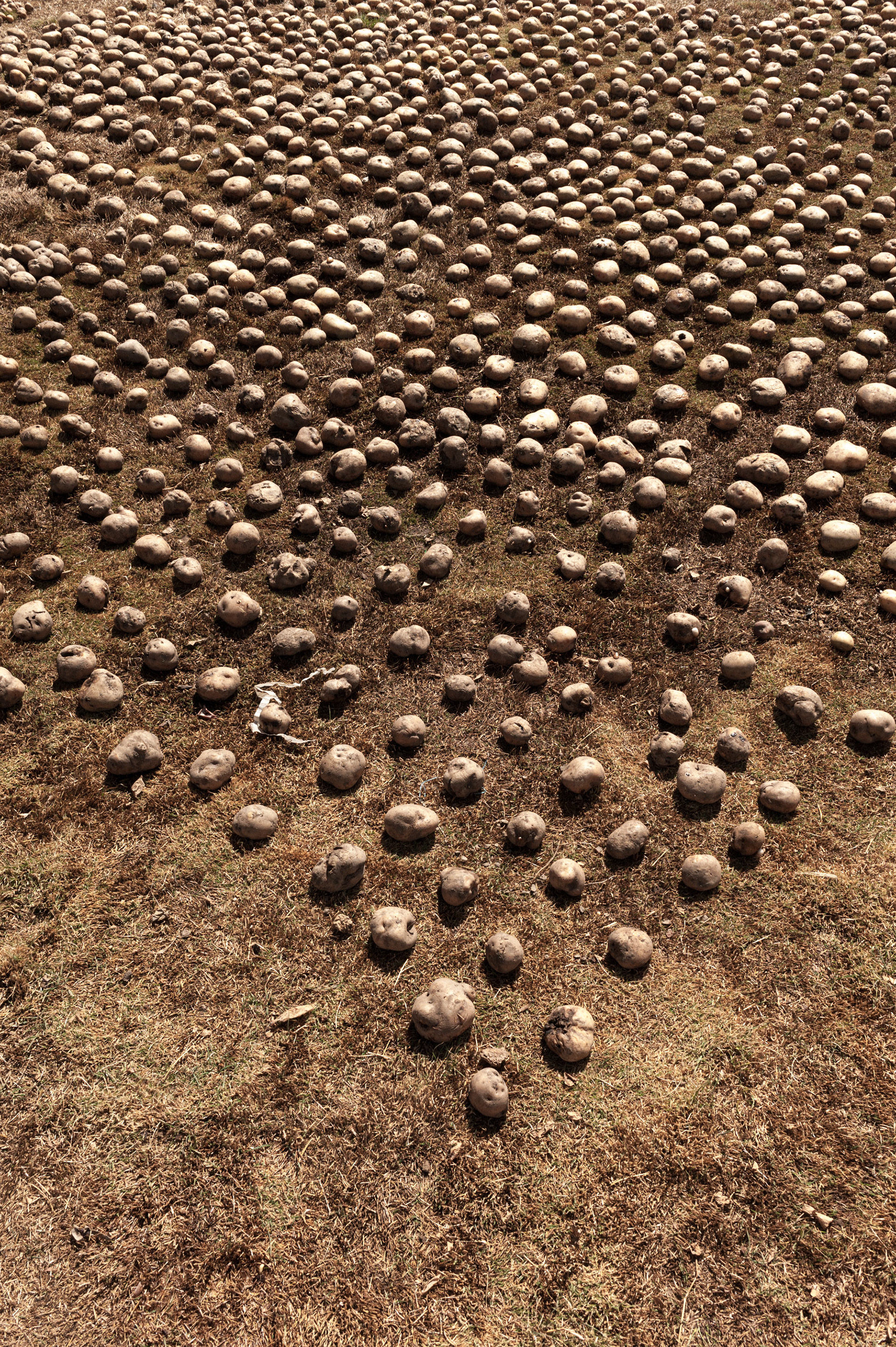 Each year, Doña Ana prepares the Moraya for her family's consumption. In Peru, many communities produce potatoes, corn and morayas for their own consumption since such are the main inputs of their diet.

The Sara-Sara volcano rises to more than 5,500 meters above sea level and is a source of water for the community of Incuyo. It bears that name because the Quechua people associate it with a woman.

Clara has a daughter in the city of Lima. She migrated to have access to better university education. Her daughter probably does not inherit the know-how of the Moraya.

Julio helps his elderly mother store the tubers.
When the potatoes have already been exposed to long hours of solar radiation, they are covered with straw and cloth to protect them.
The process of the moraya is infinitely linked to the presence of Quechua women. 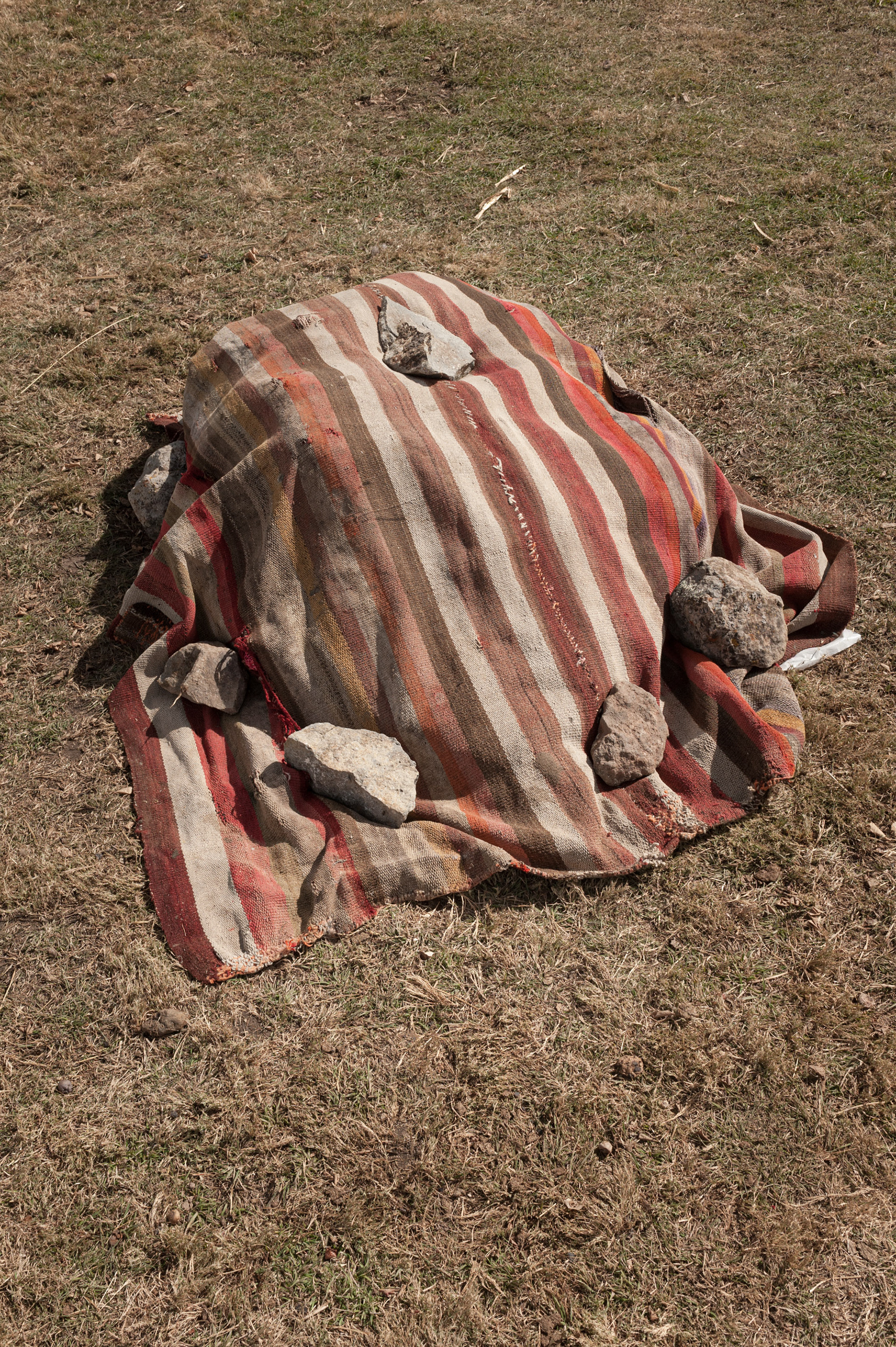 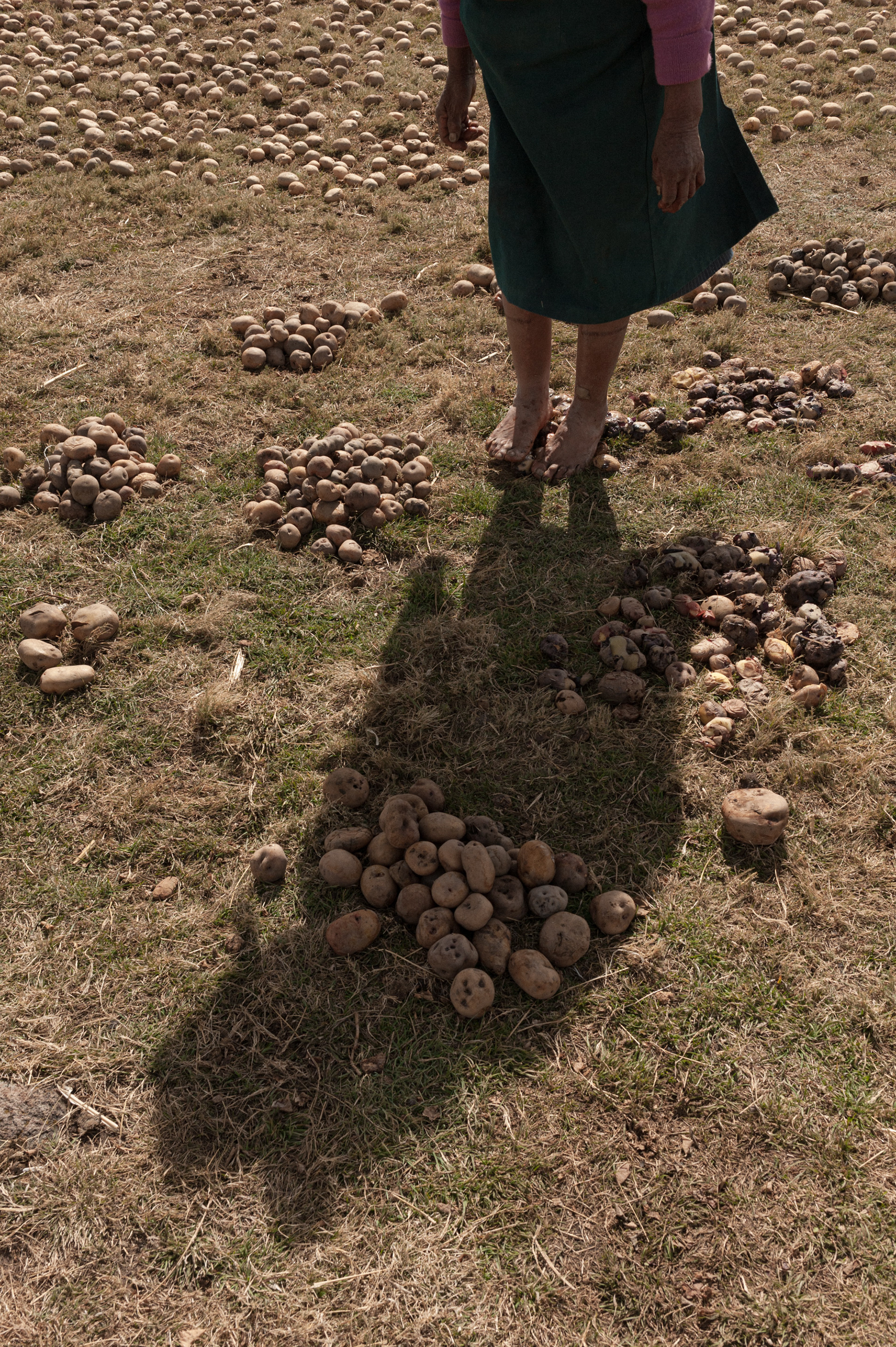